Book 1: The Bear and the Nightingale

At the edge of the Russian wilderness, winter lasts most of the year and the snowdrifts grow taller than houses. But Vasilisa doesn’t mind—she spends the winter nights huddled around the embers of a fire with her beloved siblings, listening to her nurse’s fairy tales. Above all, she loves the chilling story of Frost, the blue-eyed winter demon, who appears in the frigid night to claim unwary souls. Wise Russians fear him, her nurse says, and honor the spirits of house and yard and forest that protect their homes from evil.

After Vasilisa’s mother dies, her father goes to Moscow and brings home a new wife. Fiercely devout, city-bred, Vasilisa’s new stepmother forbids her family from honoring the household spirits. The family acquiesces, but Vasilisa is frightened, sensing that more hinges upon their rituals than anyone knows.

And indeed, crops begin to fail, evil creatures of the forest creep nearer, and misfortune stalks the village. All the while, Vasilisa’s stepmother grows ever harsher in her determination to groom her rebellious stepdaughter for either marriage or confinement in a convent.

As danger circles, Vasilisa must defy even the people she loves and call on dangerous gifts she has long concealed—this, in order to protect her family from a threat that seems to have stepped from her nurse’s most frightening tales.

The Bear and the Nightingale is a magical debut novel from a gifted and gorgeous voice. It spins an irresistible spell as it announces the arrival of a singular talent.

Book 2: The Girl in the Tower

The Bear and the Nightingale, Katherine Arden’s enchanting first novel, introduced readers to an irresistible heroine. Vasilisa has grown up at the edge of a Russian wilderness, where snowdrifts reach the eaves of her family’s wooden house and there is truth in the fairy tales told around the fire. Vasilisa’s gift for seeing what others do not won her the attention of Morozko—Frost, the winter demon from the stories—and together they saved her people from destruction. But Frost’s aid comes at a cost, and her people have condemned her as a witch.

In The Girl in the Tower, Vasilisa faces an impossible choice. Driven from her home by frightened villagers, she has only two options left: marriage or the convent. She cannot bring herself to accept either fate and instead chooses adventure, dressing herself as a boy and setting off astride her magnificent stallion Solovey.

But after she prevails in a skirmish with bandits, everything changes. The Grand Prince of Moscow anoints her a hero for her exploits, and she is reunited with her beloved sister and brother, who are now part of the Grand Prince’s inner circle. She dares not reveal to the court that she is a girl, for if her deception were discovered it would have terrible consequences for herself and her family. Before she can untangle herself from Moscow’s intrigues—and as Frost provides counsel that may or may not be trustworthy—she will also confront an even graver threat lying in wait for all of Moscow itself.

Book 3: The Winter of the Witch

Following their adventures in The Bear and the Nightingale and The Girl in the Tower, Vasya and Morozko return in this stunning conclusion to the bestselling Winternight Trilogy, battling enemies mortal and magical to save both Russias, the seen and the unseen.

Now Moscow has been struck by disaster. Its people are searching for answers—and for someone to blame. Vasya finds herself alone, beset on all sides. The Grand Prince is in a rage, choosing allies that will lead him on a path to war and ruin. A wicked demon returns, stronger than ever and determined to spread chaos. Caught at the center of the conflict is Vasya, who finds the fate of two worlds resting on her shoulders. Her destiny uncertain, Vasya will uncover surprising truths about herself and her history as she desperately tries to save Russia, Morozko, and the magical world she treasures. But she may not be able to save them all.

I read the trilogy as a mixture of audiobooks and kindle editions over the course of about two weeks and was so caught up in the book’s world that it took me a while to collect my thoughts to write this review. I rated the first two books 5/5 stars and the third book 3 stars on Goodreads. The books are set in Russia (mostly the winters) during the 1300s which was a period of mixed beliefs and the time preceding and during the battle of Kulikovo. The basic premise of the plot is the fading out of fairytales and beliefs that spirits (or chyerti) such as domovois offered protection and how these mytical creatures from fairytales were possibly the reason the Grand Prince of Moscow, Dmitrii Ivanovich won the battle against the Tatars. The story is told through Vasilisa or Vasya, a seemingly normal girl from Lesnaya Zemlaya, a villiage as she grows up from being a girl with a strong faith in fairytales, the ability to see the chyerti and communicate with horses to a young woman who carries the fate of Moscow on her shoulders. Since she is one of the few who still believes in and sees the chyerti, two twin brothers – Medved, the Bear and Morozko, the Nightingale take interest in her and view her as the only one who can save them from being forgotten for good. Morozko, the Winter King or the frost demon binds himself to her through a necklace but their relationship blossoms into something beautiful over the course of the three books which I enjoyed reading.

This was also described to be a period of confusing faiths as Christianity started being preached in Moscow and was slowly being spread to the other villages as well. This was the primary reason behind the fading magic and the chyerti when both faiths could easily co-exist. Katherine Arden does a wonderful job of weaving the fantastical elements from the Russian fairytales with the true historical elements of the era the story is set in. She also developed the characters to be quite deep and complex over the three books which made them seem almost real. For instance, a priest named Konstantin moves to Vasya’s village from Moscow to preach Christianity to the people which he himself seems to doubt if he believes in. His complex personality is developed as he questions his faith and his desire for power and respect and is fleshed out as a good villain during the course of the books. I also loved how Morozko, being immortal faced the dilemma of falling in love with Vasya, a mortal which conflicted with his immortality. The dynamic between Vasya and Morozko was developed very well as she goes from being a ploy to stay remembered to someone of more consequence. The first book also sets up the foundation for a subplot that suggests a history of conflict between the twin brothers and their desire to bind the other to themselves. The story also explores Vasya’s relationship with her siblings as they grow up and out of believing in fairytales which was also set up very well. After a sequence of events which indicate that Vasya might have magical powers and the inability of people to be okay with the fact that she could see demons leads her to leave her village for good.

The second book follows Vasya and her attempts at travelling and chasing adventure on her stallion, Solovey who was gifted to her by Morozko under the guise of Vasili (a boy) to stay out of trouble. As she evades death multiple times with the help of Morozko and out of sheer will to survive, she stumbles upon a Tatar camp that seems to go around burning villages and kidnapping young girls. When she rescues them, she encounters the Grand Prince of Moscow (her cousin, as her mother was the King’s sister) and her brother, Sasha (Alekandr Peresvet) who had left home years before to become a monk who now served the throne. These characters were based on real people who were involved in the battle so it was interesting to read how Arden merged history with fiction. This is the point where the plot of the trilogy actually begins as we read about how Vasya overcomes the challenges of being discovered to actually be a woman, possesses magic and how she channels her ability to communicate with chyerti to summon an army which helps the Grand Prince overthrow the Tatars and win back Moscow. Since the details of how the battle of Kulikovo are quite hazy, it is almost easy to imagine that Vasya and her army of fantastical creatures were the reason behind the victory. While helping Dmitrii, she establishes herself as an ally of the chyerti giving them the faith needed and a place to exist peacefully while resolving the conflict between Morozko and Medved.

It’s going to end, Vasya thought. One day. This world of wonders, where steam in a bathhouse can be a creature that speaks prophecy. One day, there will only be bells and processions. The chyerti will be fog and memory and stirrings in the summer barley.

It was heart-wrenching to read about the injustices Vasya faced at Moscow at the hands of schemers who humiliated her in front of everyone for being a woman, almost burned her as they accused her of being a witch and basically tried to get rid of her in the most cruel ways possible so they could claim power over Moscow by deceiving the Grand Prince. The third book was slightly aimless at the beginning with Vasya wandering about a lot which was a bit tedious to get through and time spent revealing details about her ancestry which I was not sure helped progress the plot or was necessary when we are nearing the end. However, the book quickly recovers by steering the focus back to the impending battle while providing the perfect closure for the trilogy. The battle scenes were described very well and between the three books, the world and the events were painted so well I could almost see them happening in front of my eyes as I read them. To summarize, this has definitely become one of my top ten favourite fantasy series with great world-building while still doing justice to the actual historical events of that time, complex character development and a perfect ending. The series as a whole ticked all boxes of what I love about the fantasy genre and I would 100% recommend if you are history buff or like historical books rich in folklore with effortlessly woven fantasy elements. Katherine Arden has definitely done her research and her attention to detail is commendable. I look forward to checking out more works by her!

Have you read the books? What are your thoughts?

One thought on “Review: The Winternight Trilogy by Katherine Arden” 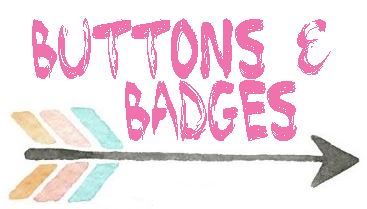